The Wait Is Over - WandaVision is Here! (SPOILERS) 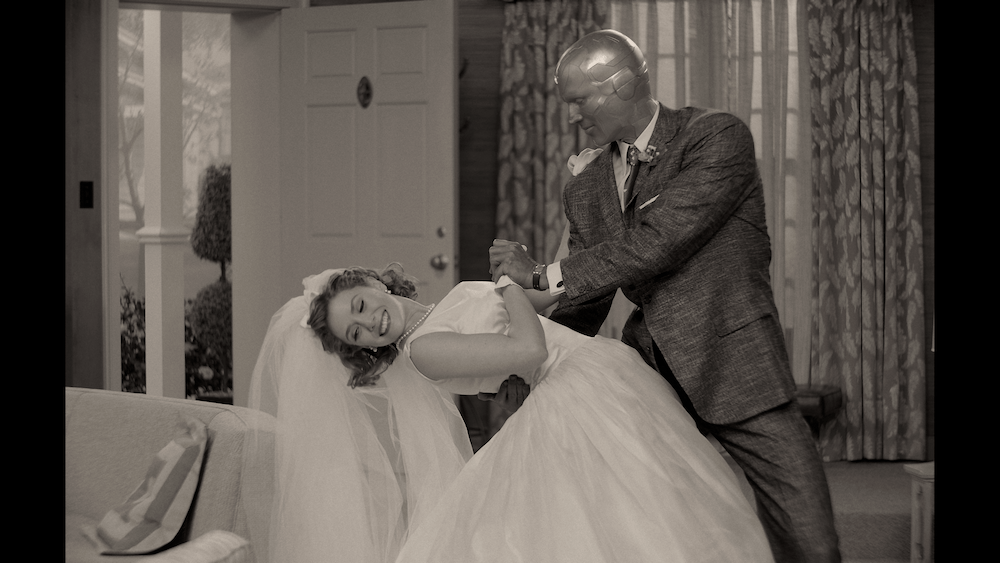 Earlier today, the first Marvel Studios television series released its first two episodes on Disney+ and it was equal parts charming and intriguing.

Elizabeth Olsen and Paul Bettany return to their movie roles of Wanda and Vision, respectively, who have just moved to the quaint town of Westview as a newly married couple. Of course, neither one of them remember getting married, when their anniversary is or where they came from - but hey, at least they have a cute theme song!

In the pilot episode, Wanda and Vision attempt to figure out a significant date on their calendar, a clip which Marvel released earlier this week. Their banter is reminiscent of the sitcoms of the 1960s, a period which the show clearly draws influence from. Even the special effects appear to be similar to those of shows such as Bewitched and I Dream of Jeannie.

When Vision dashes off to work, Wanda (and the audience) is introduced to the “neighbor on the right,” Agnes, played by Kathryn Hahn. She begins to question Wanda about her relationship to Vision and the two speculate that the special date could be their anniversary.

Meanwhile, at the office, Vision is a top employee despite the fact that he can’t seem to remember what he does for a living. Overall, he seems to be liked by his coworkers and discovers that the special date may be a dinner party with his boss, Mr. Hart.

Hilarity ensues as Wanda is prepared to seduce Vision as he returns home from work, only to find that Mr. and Mrs. Hart have joined them for dinner and she must now prepare a home cooked meal.

With a little help from Agnes, and some ukulele-playing by Vision, the couple manages to prepare a successful breakfast for dinner for Mr. Hart. Just when things seem to be going well, however, Mr. Hart begins to choke on his meal while Mrs. Hart begins to laugh and say “Stop it” over and over again. 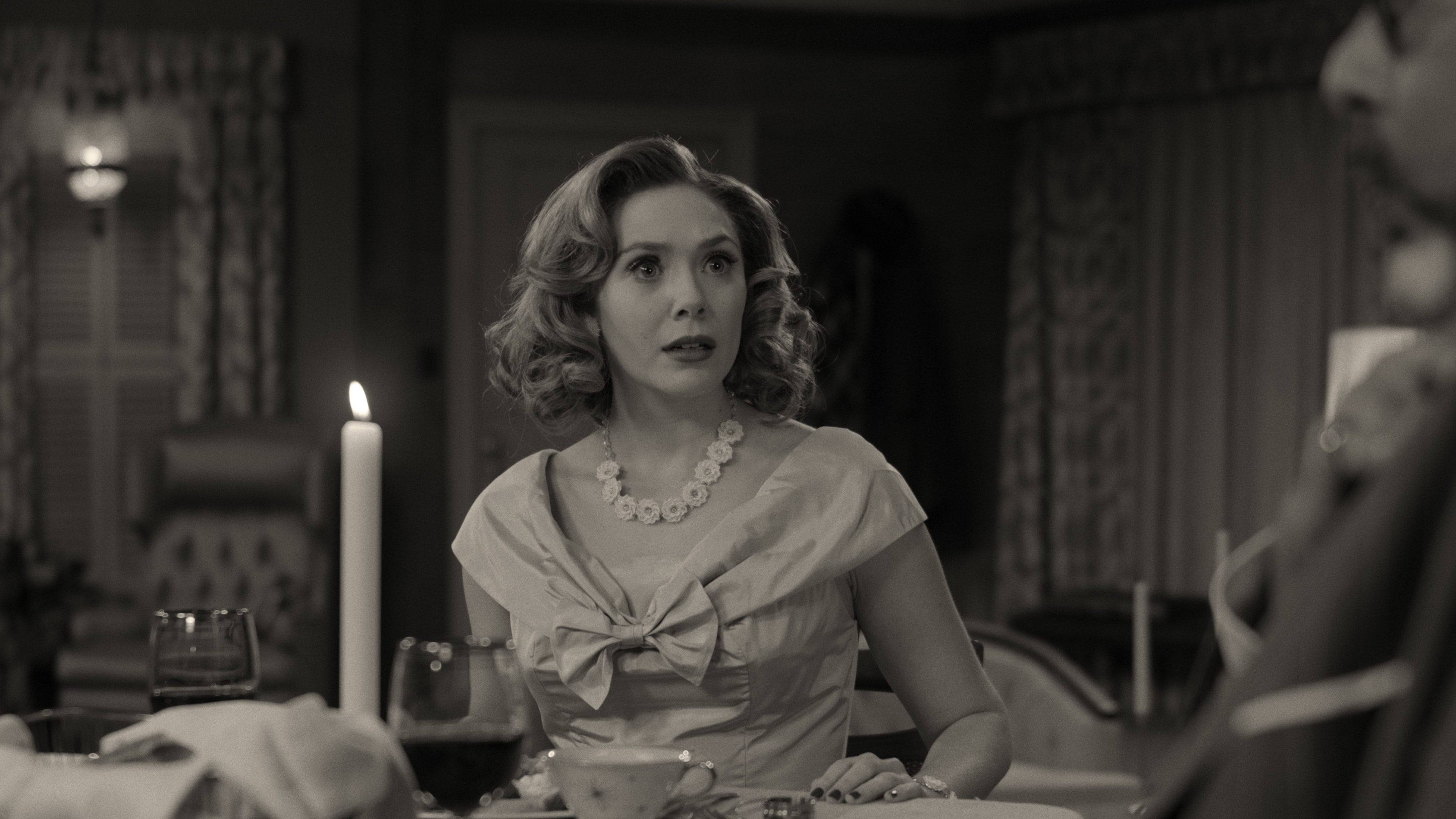 It was one of the more bizarre moments of the show, which up until now made light of the fact that Wanda and Vision could not remember anything about how they got there. They both seem paralyzed by what is going on until Wanda urges Vision to help Mr. Hart.

Vision then uses his powers to phase through his boss’s throat and remove the food. Afterward, Mr. and Mrs. Hart leave, seemingly pleased with the events of the evening and completely forgetting about the near-death experience that Mr. Hart just had. Wanda and Vision retire to the couch and as the credits role, we see that they are inside of a TV show that a mysterious figure is watching on a console.

While the theme song and introduction for the first episode was live-action, the second episode’s theme seemed to draw on the cartoon introductions of 60’s television. Again, think of Bewitched or I Dream of Jeannie. In the second episode, Wanda and Vision are preparing for the town talent show as the magician Illusion and his assistant, Glamour. This is apparently a nod to a magical duo from the comics.

While in bed one evening, the pair are awakened by a loud crashing sound, only to find out that it is a tree branch banging against the window. In an attempt to comfort each other, Wanda magically pushes their beds together, which leads to Vision saying “Get the lights” and the two disappearing under the covers. 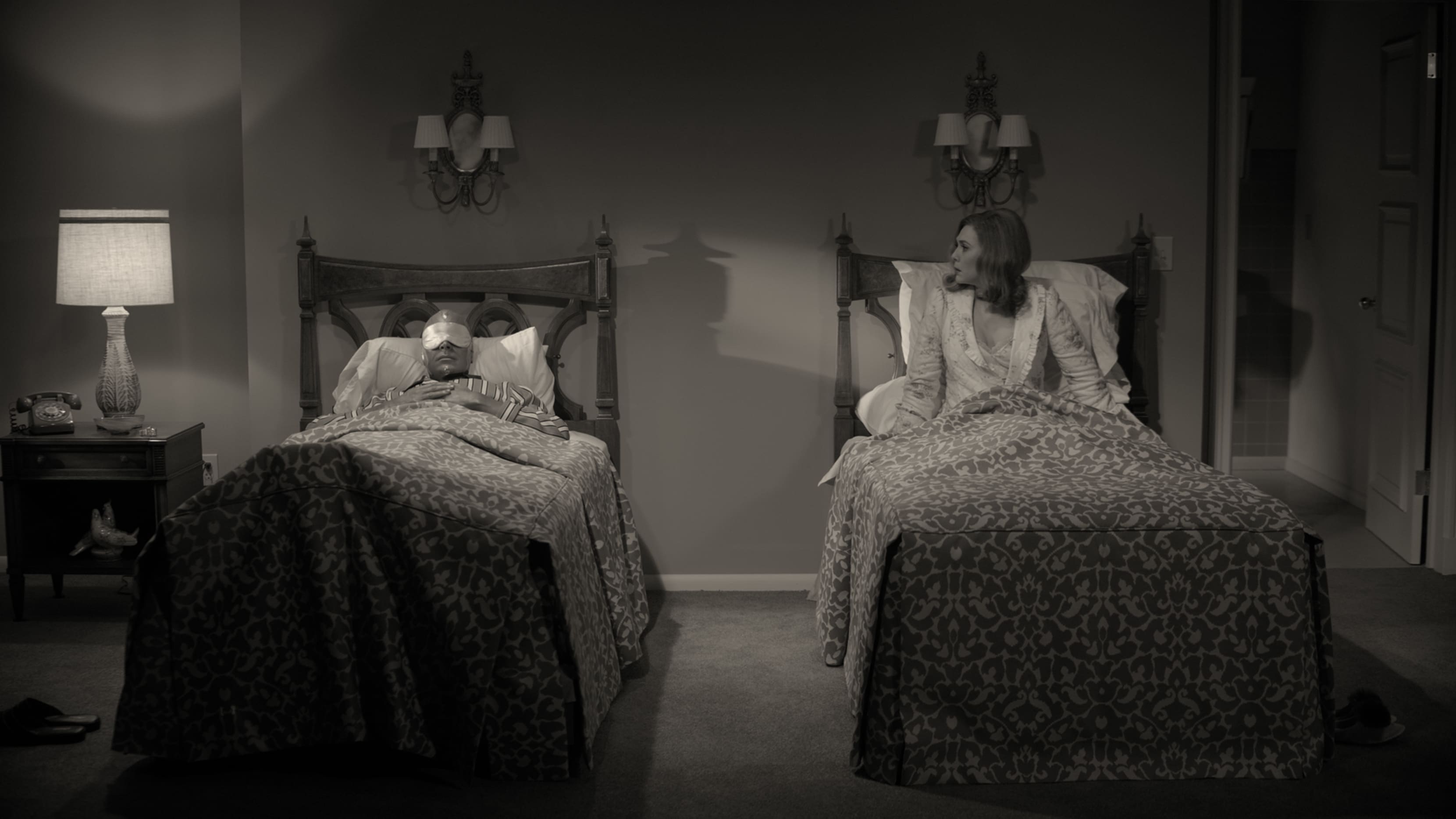 Later, Wanda is on her way to a planning committee for the town talent show when she discovers a fully-colored toy helicopter in her bushes. Up until now, everything else has been filmed in black and white. This Pleasantville-inspired moment pops up a few times throughout the second episode.

While Wanda contends with the socialites, Vision attends a neighborhood watch meeting and befriends the men of the town. When they offer him a stick of gum, he obliges. One of the men then pats him on the back and Vision swallows the gum, which gets caught in his gears.

Back at the planning committee, Wanda befriends Geraldine, portrayed by Teyonah Parris, at the annoyance of Dottie, the head of the committee. She selects Wanda to help her clean up after the meeting and begins to question her and Vision. As “Help Me, Rhonda” plays on the radio, we hear a disembodied Jimmy Woo repeat Wanda’s name on every “Rhonda.”

The radio blows a fuse, Dottie breaks her glass and begins to bleed fully-colored red blood. Wanda looks scared and confused, but we soon transition to the talent show where she is backstage anxiously awaiting Vision’s appearance.

Vision shows up, but with the gum in his gears, he comes across as drunk. But with no time for a solution, the pair are thrust on stage to perform. Vision begins to use his actual powers to perform their “magic” act, which Wanda then has to cover up with her own powers. As Vision begins to fly, she flicks her wrist, and the audience can see that he is suspended by a rope.

With Wanda managing to conceal their abilities, they become the best act of the talent show and the town loves them. Wanda removes the gum from Vision’s gears and they retire home. Here’s where it gets interesting. 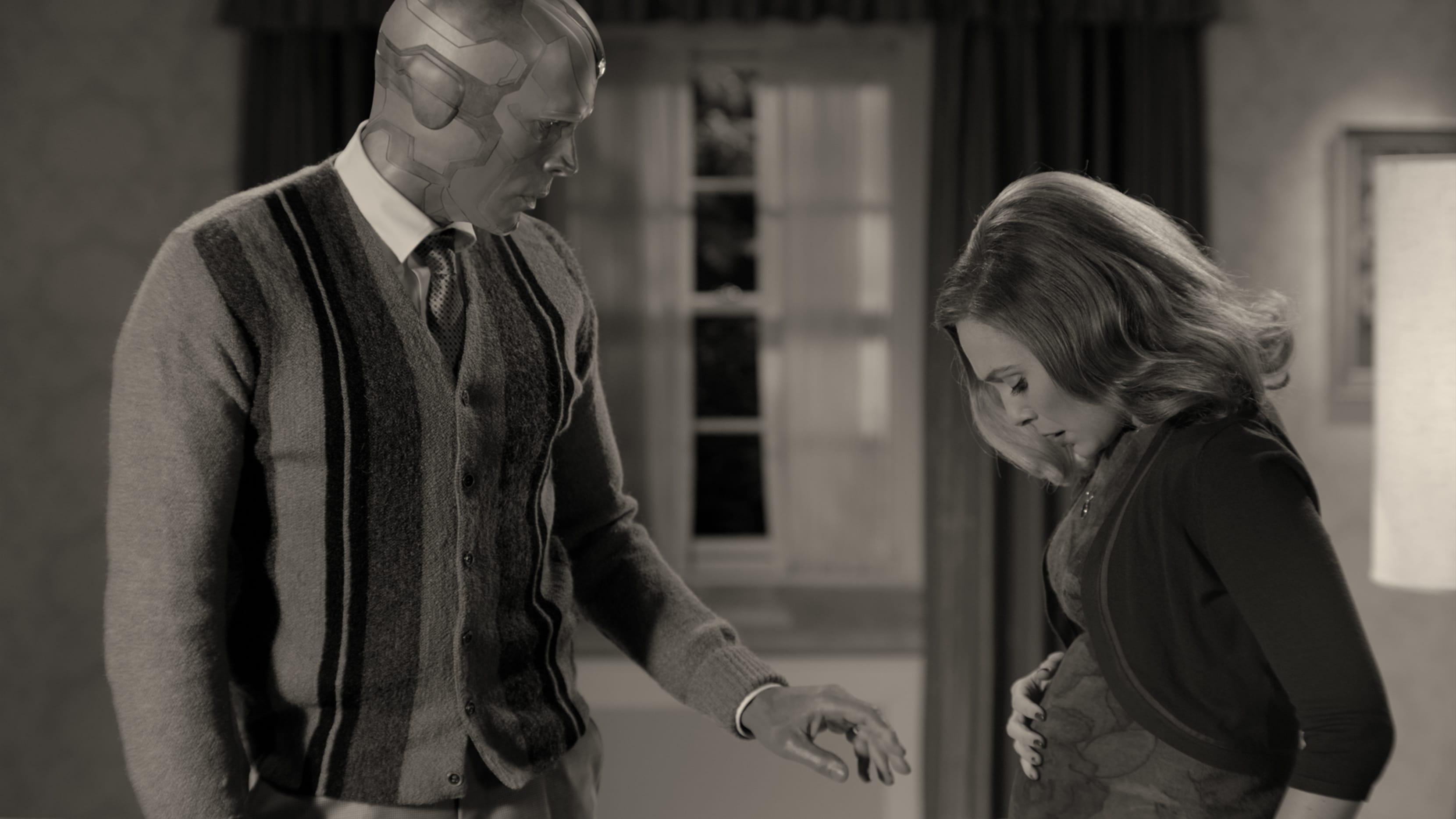 Vision notices Wanda’s stomach is larger and they realize they are pregnant, a moment which happens in the comics. As they celebrate, another loud banging interrupts. When they go outside to investigate, they see a faceless man in a beekeeper suit emerge from a manhole cover and look directly at them. Wanda, scared, simply utters the word, “No.” The scene rewinds and we are back in their living room celebrating their discovery of the pregnancy. As they kiss, the world around them becomes technicolor and the pair look shocked. As the credits role, we once again hear Jimmy Woo’s voice calling out to Wanda.

I am looking forward to more episodes of this show. I loved that the first two episodes were filmed in not only black and white, but also in full-screen format. It felt extremely reminiscent of my youth, watching I Love Lucy reruns with my parents. I also felt the Pleasantville influence, as the world around Wanda began to shift to color. That was one of my favorite movies growing up, and I think the stark contrast (no pun intended) of a mostly black and white world with a single color element is visually appealing. 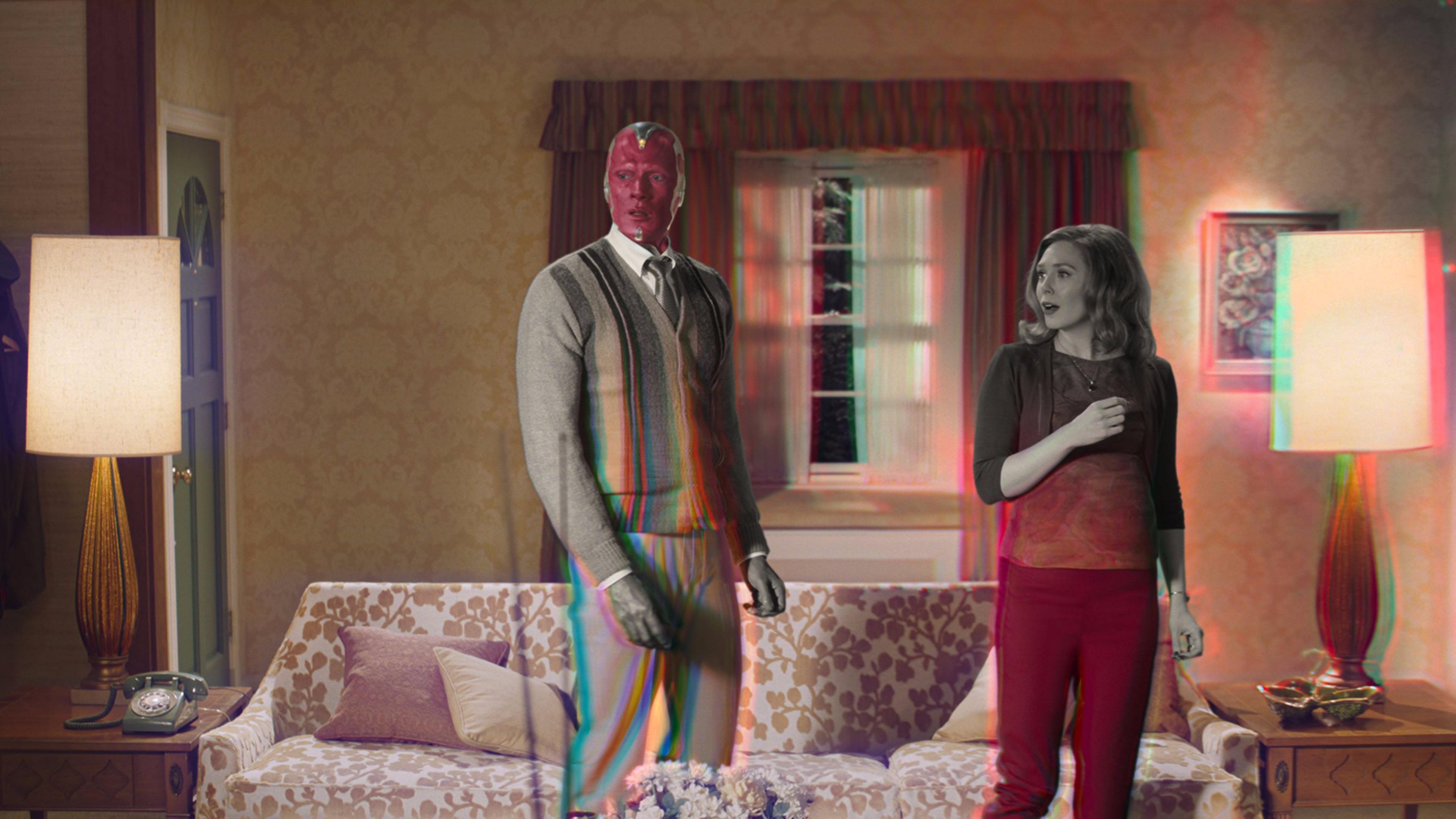 I also enjoyed the built-in “commercials” to break each episode into two parts. They were time-period appropriate and entertaining. The first commercial was for a Stark Industries all-in-one toaster, while the second was for a Strücker watch (a nod to Baron von Strücker, the man responsible for creating Wanda and her brother Pietro in Avengers: Age of Ultron). I hope that the next couple of episodes will feature “product placement” as an additional form of in-world advertisement.

Overall, I’m not quite sure what to expect. There is already speculation out there that Kathryn Hahn’s Agnes is the villain of this story. Meanwhile, I am curious to see if there is a connection between Teyonah Parris’s portrayal of Geraldine and her announced casting as Monica Rambeau. Only time will tell, I’m afraid. And now, we must all wait until next week to see what happens next. 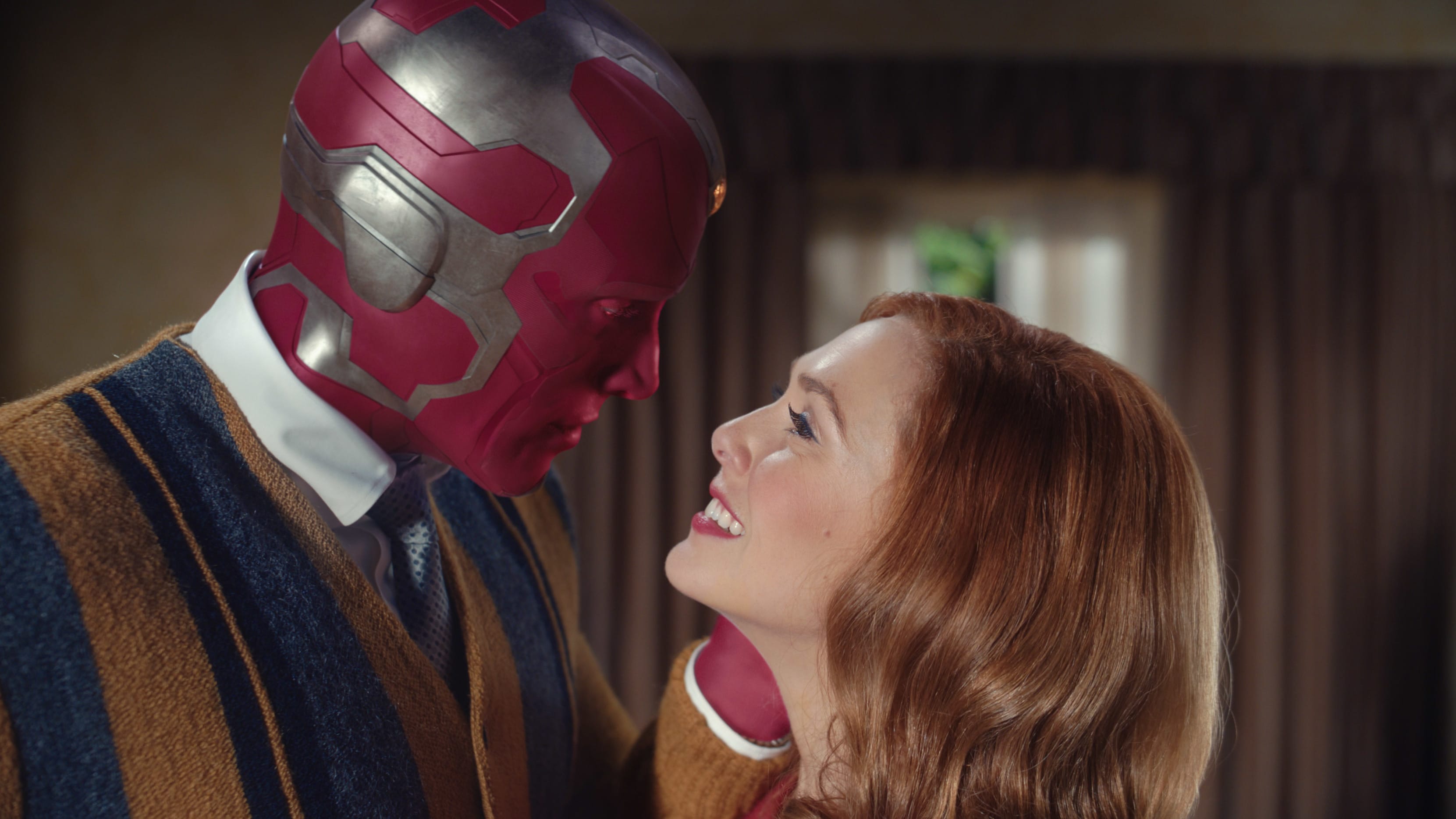 What are your predictions for the future of WandaVision? Do you think Agnes is the villain? What are you most looking forward to about this show? Let me know your thoughts in the comments below! 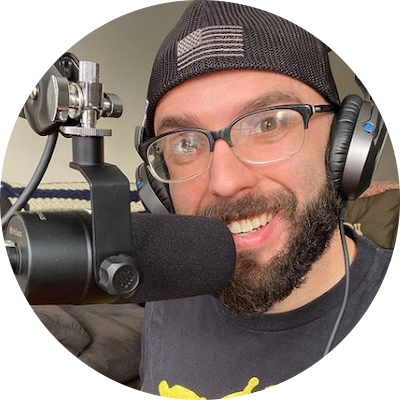 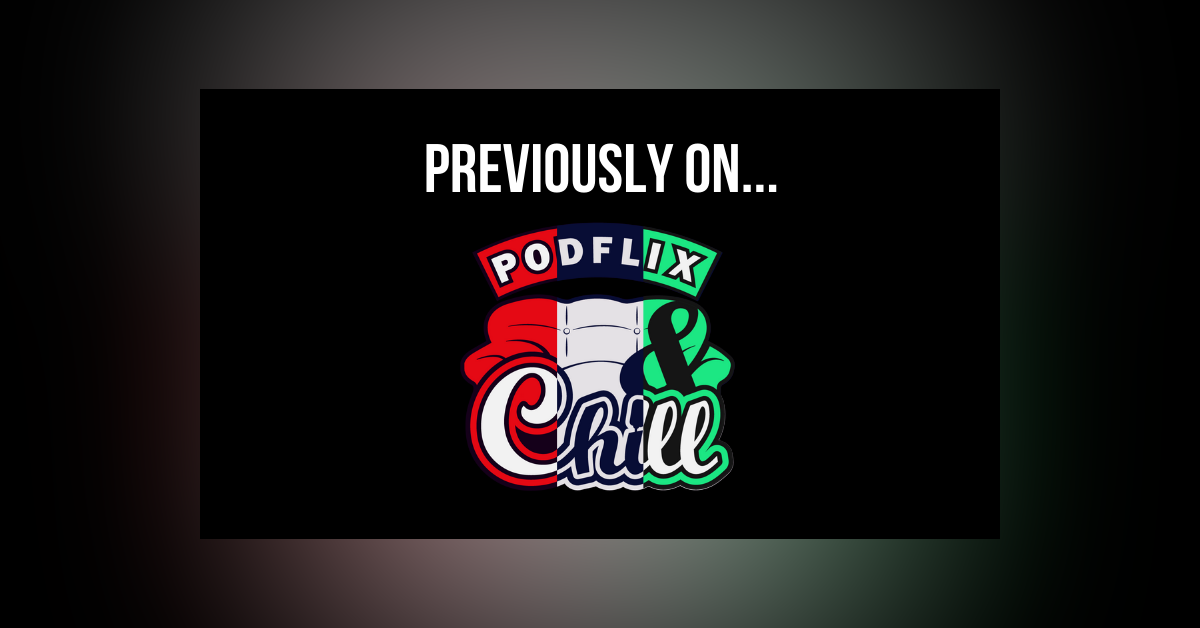 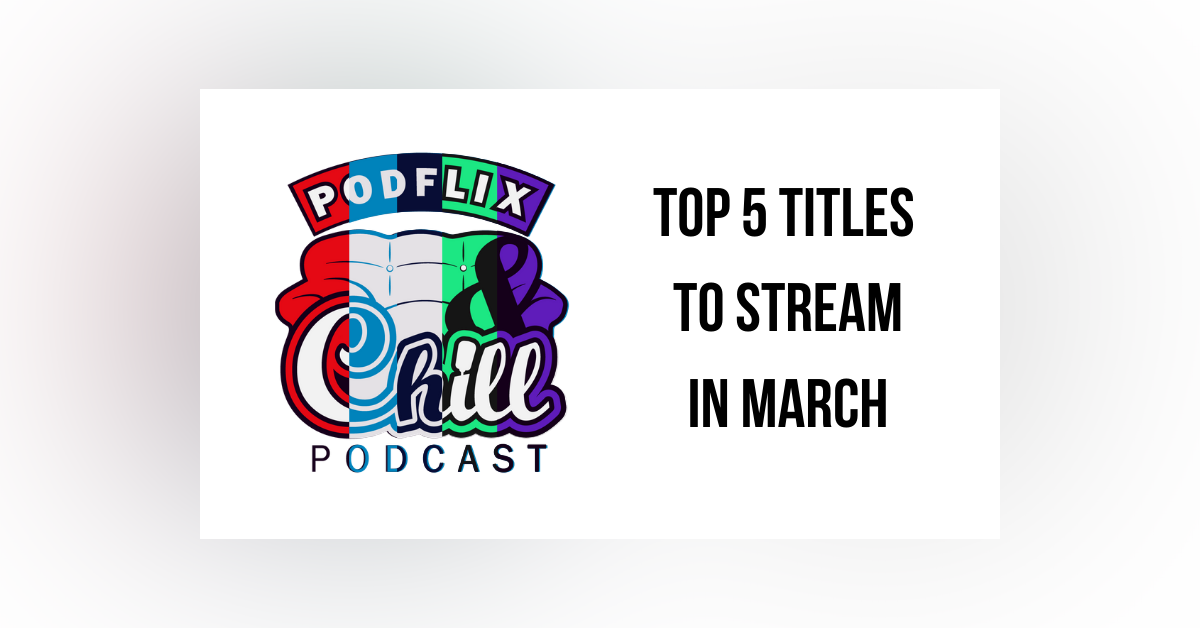